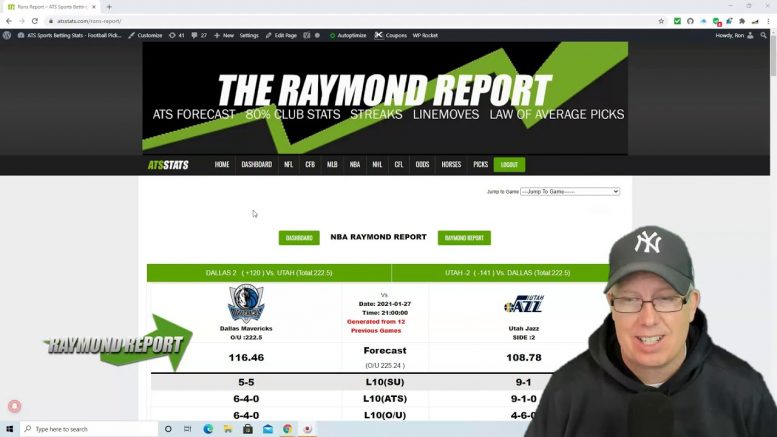 Subscribe to Ron’s Raymond Report Tipsheets and get all his sports betting picks at ATS STATS.

Get free NFL Picks, Predictions, and betting indicators on each NFL Football game from professional Sports handicapper Ron Raymond of the Raymond Report at ATS STATS. Shop for Value and Play those Percentages!