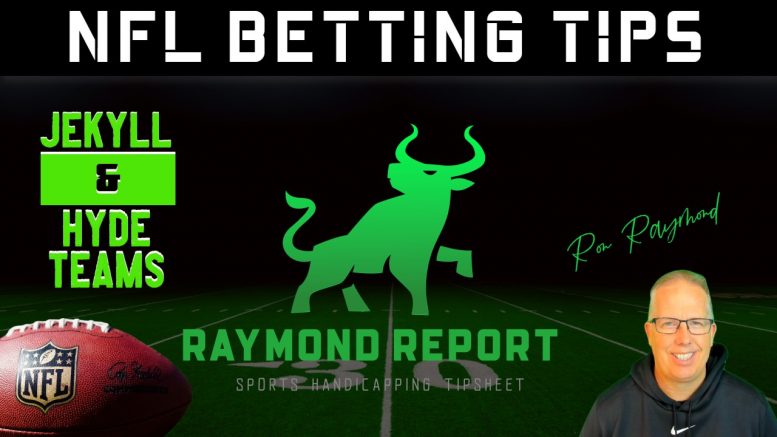 Only 5-teams in the NFL have a consistent TOP 10 ranking of winning both their Home and Road games Straight Up (SU), but when it comes Against the Spread (ATS), only 3-teams (KC, PIT & CLE) have a losing record Against the Number!

In fact, only the Chiefs, Bills, Packers, Rams, and Buccaneers have a winning Straight Up (SU) Record at Home and on the Road during the last 3 seasons.

Now, when you compare some teams Home and Road record Straight Up (SU), we have 6 NFL teams in which I would consider to be “Jekyll and Hyde” type teams, they are teams who either do well at home, but poorly on the road OR vice versa.

From a market psychology point of view, sports bettors feel more comfortable betting on home teams, but the numbers prove it’s better to make that “uncomfortable” pick Against the Spread (ATS) when betting on the road teams. 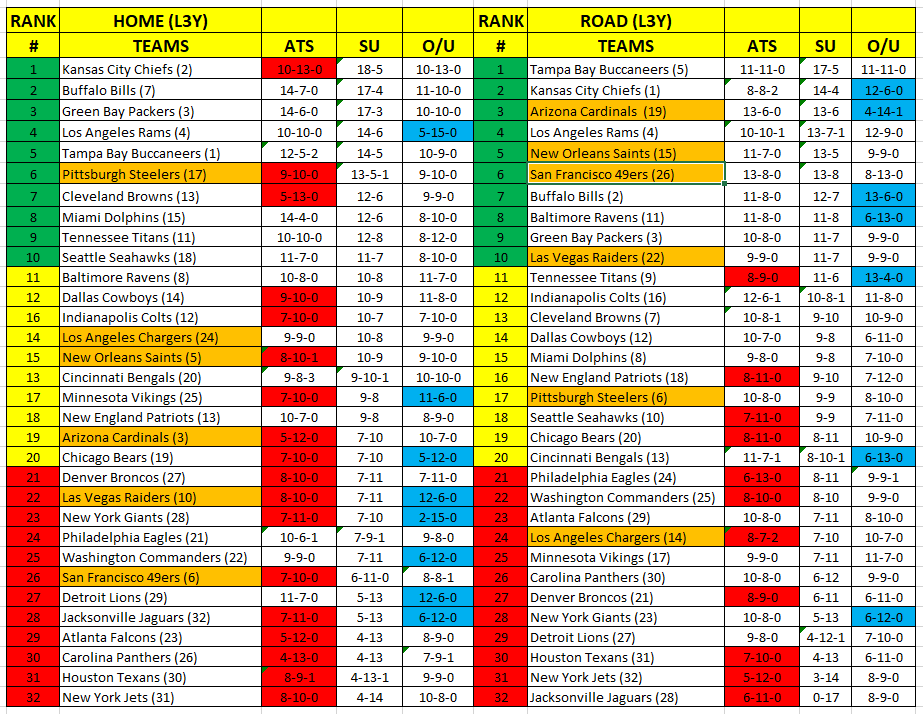