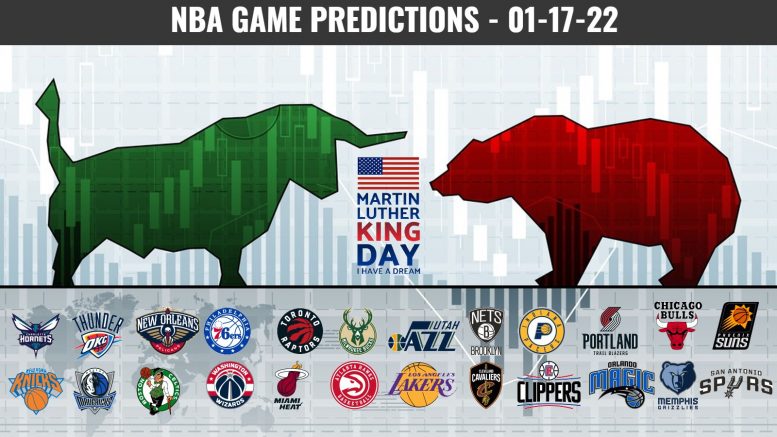 Professional Sports Handicapper Ron Raymond of the Raymond Report has released his NBA Basketball Previews and Predictions on all 12 NBA Games on Martin Luther King Jr Day in the United States for Monday, January 17th, 2022, including a preview on the Game of the Night between the Chicago Bulls vs. Memphis Grizzlies.